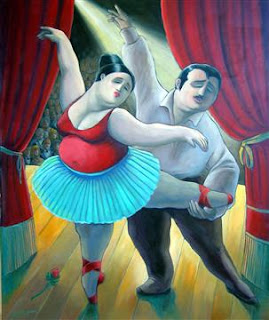 High on a jungle hillside, overlooking the bay and the town of Puerto Vallarta is the home and studio of the artist Lee Chapman (aka Lencho) that he shares with his wife Nancy and their 2 dogs, Rudy Rojo and Pinta la Vaca. Their house is filled with paintings, antiques, and colorful Mexican folk-art from their gallery Puerco Azul (the Blue Pig), opened in 1995. 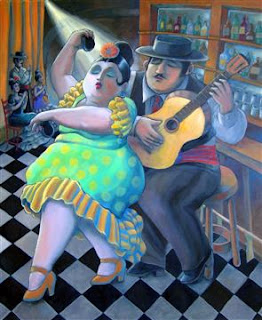 Lee is originally from Los Angeles where he directed TV commercials for cars, soaps, toys, and various junk-foods. In 1992 he moved to Mexico to fulfill his dream of being an artist. His work has been strongly influenced by the people, color, music and folklore of Mexico (and also the many dogs, cats, pigs, and burros in his neighborhood). This folklorico style is signed Lencho, his Mexican apodo or nickname. His more realistic style is signed with his gringo name, Lee Chapman. 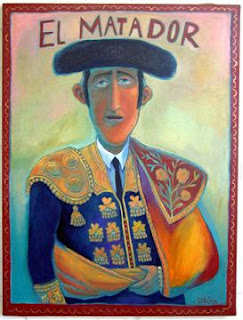 His images have been licensed and reproduced as prints, calendars, greeting-cards, and decorative items sold in stores such as Pier1, Aaron Bros., JC Penny, Kohls and Ross. He has illustrated many childrens picture books for various publishers in the USA, some co-written with his wife Nancy. Over the years his whimsical paintings have been shown in Puerto Vallarta galleries and other cities throughout Mexico. His work is represented in many private collections both in Mexico and the United States.
Lee Chapman
Mar 12, 2013

2 thoughts on “Lee Chapman aka Lencho”